Shaun Wallace presented a number of Awards to some of Brent’s most inspirational and unsung heroes. The Awards are as follows:

Award in Excellence for Mentors

This award celebrates a willingness to share skills, knowledge and expertise; take a personal interest in the mentoring relationship; set and meet ongoing personal and professional goals; and motivate others by setting a good example.

Michelle became a PLIAS Resettlement Mentor in January 2017. She has consistently seen her mentees weekly and mentors two individuals. One of her mentees said: “I found my mentoring relationship very encouraging as I have someone to talk through issues with at all times. Michelle is not judgemental, and is patient and understanding.”

Denise became a PLIAS Resettlement Mentor in February 2017, and has engaged with two mentees since starting her mentoring role. She has been reliable and committed from the start and has supported an ex-offender leaving his prison establishment until this present day; helping him to overcome and address his barriers and complex needs.

Award in Excellence for Mentees

This award celebrates mentees who are dedicated, engaged and courageous.

Helen has been mentored for 18 months. It has been said that “She has developed exponentially from a shy individual who lacked confidence. She has undertaken a number of ICT courses and can walk with her head held high as she works towards a progressive future. “

Has been with PLIAS since 2015. He met his current Mentor in February 2017. He was a student in Nigeria, when he became sick he had to come to the UK for treatment. The support of his mentor has helped him gain some work experience and he has since enrolled on a Warehouse course despite many obstacles.

One said of him “Osa is punctual, respectful, industrious and willing”

Became a mentee in 2015.  During this time, she completed her level 1 in child care. Nasreen has a strong zeal to move forward and     progress to a better future. She is always punctual, polite and has achieved her goal of becoming a teacher’s assistant.

Gabriel became a PLIAS Resettlement Mentee in July 2017.  He had made the decision to turn his life around and with the support of his PLIAS Mentor he has gone on to achieve a number of his goals.

Gabriel was facing a number of complex barriers; with the support of his Mentor he changed some of his goals to more achievable and flexible ones. Since doing so he has gone on to achieve a construction qualification. He is now attending interviews and is one step closer to finding secured employment.

Moses became a PLIAS Mentee at the beginning of 2017.  The support he has gained from his mentor has enabled him to achieve a number of his goals and achievements.

Moses has made some really valuable life decisions that have propelled him forward from his past. He went on to secure employment and has since secured permanent work as a lorry driver and this has been life changing for him. He has since been able to afford to travel back to Nigeria to see his relatives.

Award in Excellence for Placement Students

Shannon is a third year Applied Social Science student at Bedfordshire University. Shannon has been consistent and committed to her student placement at PLIAS Resettlement. She is always willing to do any task without any hesitation and has an excellent attitude in her approach. She has not only supported service users at PLIAS Resettlement but played a key role in supporting the development of the Susan & Alex de Mont Legacy Fund.

Samantha is studying Applied Social Science at Bedfordshire University. Sam has been able to gain from her placement at PLIAS         Resettlement she learned several new skills and has supported the promotion of this very important work. She has helped to support and develop our communication strategy with the wider community. Sam was ready and able to use her own initiative to solve daily issues.

Sarah is a second-year student in Applied Social Studies at Bedfordshire University. Sarah was facing huge challenges in the first quarter of 2018. She has managed to think about others and the needs of our service users, during this extremely difficult time. She is always willing to put herself in new situations which will stretch her. She is a diamond in the rough and has been an asset to PLIAS Resettlement’s Outreach.

Aaliyah Volunteers for the Asian Women’s Resource Centre. She is hard working and focused and put herself forward for many tasks. She is supporting the centre with new projects and is leading on setting up a blog. She has a passion for equality and empowering women and has put together research based analysis of different areas of Violence Against Women and Girls.

Known as Sami, joined Sufra N.W London two years ago at the age of 15 when he noticed that the derelict site opposite his flat was being developed into a community Garden. He took the initiative and spoke to the gardener to learn more about Sufra’s plans to develop St Raphael’s Edible Garden, an oasis in the midst of one of Brent’s most deprived neighbourhoods.

He has supported the plans for this garden and volunteers every Sunday, as well as occasional evenings and during school holidays. Sami has also conducted fundraising and managed to raise over a £1000. Sami has demonstrated huge commitment to St.   Raphael’s Edible Garden – not only in terms of the hours he has put in volunteering on site, but also by inspiring other young people to be involved.

Dawn is passionate and driven. She gets the job done! Naturally after 5 weeks of being a volunteer at PLIAS, Dawn was interviewed for a part-time administration role and within the space of 4 months she went full time.

Dylan has been a member of St Michael & All Angel Steel Orchestra for nearly 10 years.  He is honest in character and his conduct has been excellent at all times. He plays in the Steel Pan Family of Instruments, he coaches other students and takes part in community performances and well as performing at the Notting Hill Carnival.

He has fundraised over £5,000 which enabled him to attend the British Association of Steel Bands Annual Awards Dinner and travel to Tobago and Italy.

Has been an active member of St Michael & All Angels Steel Orchestra for over 10 years. She has been a trustee and volunteer for the project maintaining a much needed youth perspective to the projects strategic direction. She is the reason the website is up and running. She maintains the newsletter, all of this whilst completing a Masters in chemistry at Leicestershire University. She is an artistic talent, designing our t-shirts and banners. She is an ever present help after school (once she has completed her day of teacher training) and during the holidays. Students see her as a big sister and she always encourages them to be the best they can be.

Epitomizes what it is to be a “Father-figure”, Mentor and Community Leader through his integrity, passion and personal qualities. His vast range of knowledge, expertise and wisdom has benefited the community, families, individuals and in particular young men from ethnic minority backgrounds supporting and encouraging them to aim higher and achieve their educational goals.

He very much believes in supporting young people to reach their academic potential. He conducted a pilot study for mothers and sons (in year 9-11) between 2015-2017. He understands the importance of parental input in the education of boys and the relevance of mothers working alongside their children in order for them to achieve their goals.  It was said of him “he has a rare and unique gift for raising aspirations for people to see beyond where they are at.”

Natasha has created a women’s support group called Inspire Me Always which runs workshops and group sessions for women to:

Natasha also supports the women who attend these groups on a one-to-one basis. Not exempt from her own struggles and life difficulties Natasha has a heart for empowering women and is passionate and dedicated to this work. It was said of her: “Her advice has allowed me to see things from a different perspective and opened my mind to counselling. She has been there as a listening ear when I’ve been going through my hardships of mental health. Her approachable character and non-judgemental attitude has helped me to become more stable.

The philosophy ‘Triumph Over Adversity’ is what Keely lives by and this has shaped her experience of overcoming the adversity of a basic education.  Keeley is a dynamic contemporary psychotherapist who has made a huge difference in her clients lives. She runs her own company Key 4 Change which seeks to bring out the potential in individuals. Key 4 Change believes in working with clients with       oppositions and hindrances by helping them to improve and grow. It was said of her: “Keeley was able to help and assist me in a very    crucial moment in my life and was not fazed by my complex and painful situation. This set me at complete ease and the inspiration I got from her sessions is still driving me forward now.” 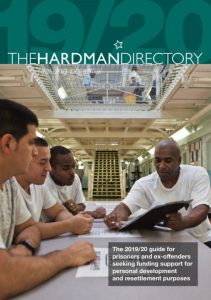 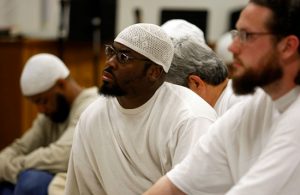 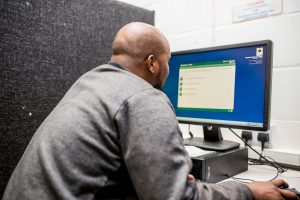 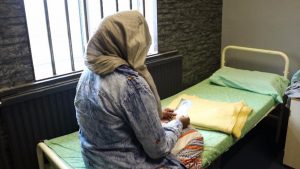 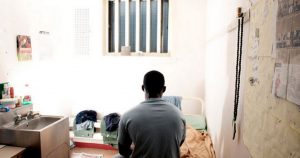 Images & Video: All You Need is Love Photography